Raipur: The people of Chhattisgarh, who are settled and migrating in the United States, organized the Lok Parva Teeja with great pomp. He has also sent information and photographs of this event to the residence office of Chief Minister Bhupesh Baghel in Raipur. Chief Minister Baghel has congratulated all the Chhattisgarhis residing in America on the occasion. Baghel has said that I am happy to know that the pride of Chhattisgarh’s culture is shining even in distant America. Chhattisgarhia people have saved the fragrance of their soil there too. To awaken this self-respect and self-respect, the government has been working continuously for the last three and a half years.

Read More: ‘I am upset, call them office after finishing work from home’ What did the husband’s wife say by mailing the boss 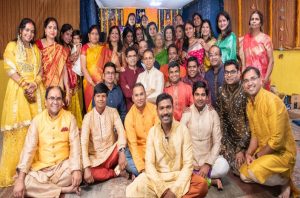 The North American Chhattisgarh Association in the US, the Global Chhattisgarh Community (NACHA) is promoting Indian culture outside India. In this sequence, Hartalika Teej Vrat was celebrated in the United States with full statutes. Ganesh Kar and Deepali Saraogi, the founders of Nacha, hosted this puja for all Chhattisgarhi families living in the US. Karu Ghar Karu Bhaat was organized in which all Chhattisgarhi NRIs participated. 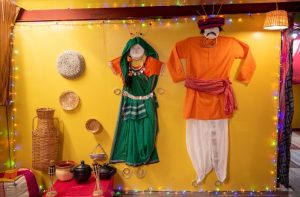 Saraogi has told that this festival was organized for the first time. The Chhattisgarhi traditional dish “Thethri” “Khurmi” was prepared, after which Lord Shiva was made with clay and sand and worshiped while worshiping. Now it has been decided to organize such an event every year at the international level. This program of Teej is Shashi Sahu, Tijendra Sahu, Vandana Dedsena, Namita Kaistha, Sonu Joshi, Nirmal Sahu, Laxmin Sahu and Munish Kaistha, Minal Mishra, Abhijit Joshi, Sarita Sahu, Kiran Patel, Shatrughan Bareth, Rukmani Bareth, Roshni Sahu, Aresh Sahu, Sandipan Sahu etc. organized together. Minal Mishra, Joint Secretary, Nacha said that it is a matter of great pleasure to be involved in Teej Puja after decades and this tradition will connect us with our motherland Chhattisgarh.

Read More: Farman for government employees! Get the vaccine by 15th September, otherwise…, the government of this state took a big decision 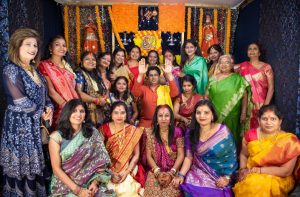